Getting the latest technology into the hands that matter. 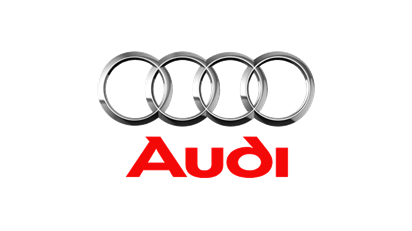 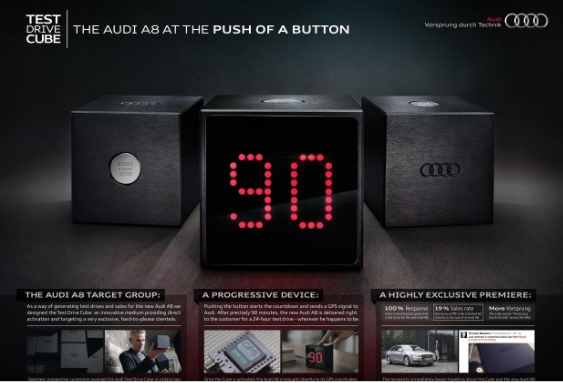 Being highly successful individuals, the Audi A8 target audience comprised people who were hard to reach through conventional channels.

The task was to get them to test drive the latest A8 model. The idea had to be consistent with Audi’s positioning of automotive innovators and support the statement “Vorsprung durch Technik” [Advancement through technology].

The Audi Test Drive Cube was developed – in itself a demonstration of Audi’s technological accomplishments.

Delivered to drivers who had previously owned Audi A8s or who had expressed interest in an Audi even though they drove other cars, the cubes were fitted with the original start-stop button of the car on the top. Pushing the button activated the cube’s ninety-minute countdown. Integrated GPS and GSM modules alerted Audi to the request and sent out precise geographic coordinates.

In the car industry, getting wealthy, busy people to visit a car showroom is next to impossible. The solution? Take the showroom to them. Audi guaranteed that a new A8 would be brought directly to the recipient’s door within ninety minutes, ready for a test drive.

And the idea helped individual dealers establish personal relationships with the target audience.

There was 100 per cent response to the pack. Every cube delivered generated a test drive. Almost one in five of those who activated their cube actually bought a new Audi A8.