Tod Talk - Welcome to the future. 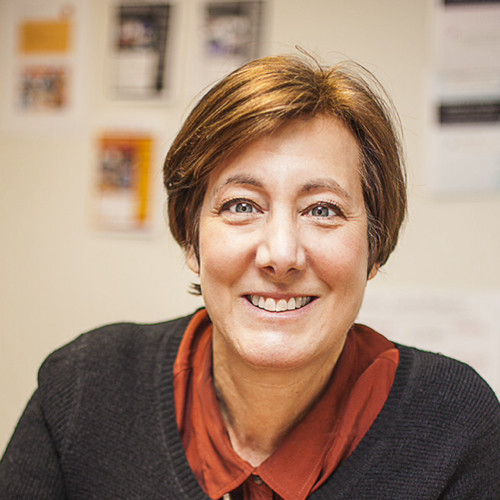 Welcome to the future

Most businesses talk about preparing for the future, but for most many of us it is hard to imagine what might occur years and even decades beyond the world we know.

For that you need a futurist, and Marketeach called on renowned futurist Richard Van Hooijdonk who ran a highly stimulating session that started with the simplest and most straightforward question:

“Are you ready for the future?”

By the end of his talk we were all certainly better prepared than we had ever been before.

We called on Richard Van Hooijdonk because he works as a consultant to dozens of forward-thinking international businesses and specialises in identifying trends and their practical applications from the next few years - right into the future.

As an inspirational, future-focused speaker Richard was the perfect person to speak at Marketreach’s inaugural ‘Tod Talk’ evening in memory of Tod Norman, a fellow-futurist and long-time senior planner at Marketreach, the goal of the evening was to expand our minds to worlds and possibilities we hadn’t yet imagined.

We certainly did that.

Putting yourself into the future

The talk began with the revelation that Richard himself lives his vision, and has already taken a bold step into the future by becoming part of the ‘The Internet of Things’.  He has had an RFID Chip implanted between his thumb and forefinger which both unlocks the security systems at his family home – and is the key to his Tesla electric car.

Richard believes that we'll be implanted with chips like this in the very near future, granting us ever-greater control of the operation of our work and home lives.

What the future could bring

Richard then took us all on a wide-ranging tour of what the future may hold – for our lives, our health, our jobs and the world we live in.

The rise of automation

We’ve all seen the technology for robotics and AI as it has developed, Richard took us several steps further, proposing that in the future most of the repetitive jobs that people do not want to do, will be done instead by machines. He gave telling examples from the fields of Agriculture, Transport and Logistics where dull, repetitive tasks have already begun to be dramatically transformed by digital mechanisation.

Interestingly, it is also becoming apparent that not only simple tasks, but also truly complex undertakings, such as Dentistry and Surgery, may increasingly be done by machines.

Why? Because, quite simply, these tasks can be performed better, faster and more accurately by precisely-calibrated machinery. To demonstrate the levels of delicacy of which such machines are capable, Richard showed astonishing footage of a surgical device precisely peeling the outer skin from a grape.

Richard also demonstrated how digital innovation would transform the way we drive. Based on the surprising fact that only 3% of cars are used every day he suggested that in the future we won’t need our own cars but will simply summon a driverless vehicle whenever we need one.

Though our human reluctance to accept driverless vehicles is natural, Richard is convinced that ‘cars themselves are better drivers’.  Already today he believes that the sophisticated navigation systems in his Tesla vehicle have saved his life at least twenty times - by reacting faster than he ever could have done to dangerous road-traffic situations.

To illustrate his point, he played us a film of an alarming high-speed accident, taken directly in front of his car by the vehicle’s dash-cam. The video showed his car recognising the danger, and braking smoothly and instantly to avert the collision, thus saving both Richard and other road-users from harm.

The future of healthcare

‘Every year human beings get two months older in terms of life expectancy’. The implication of this amazing fact is that Richard’s son Zen, who is just five, could conceivably live until he is four or five hundred years old.

Among the innovations that could make this astonishing assertion possible are: new iWatches that will constantly screen human blood for changes; smart mirrors that will predict heart attacks by automatically examining the iris every time we use them; phones that will monitor our voices to predict a range of health issues; and even sensors implanted within the human body to predict heart attacks, strokes, embolisms and seizures.

Far from being simply ideas, he explained how cancer-fighting nano-bots are already being developed that will enter the bloodstream and destroy cancerous cells.

He also outlined a project that is already in place where a man with total loss of sight is currently using a camera that plugs into his optic nerve to deliver images directly to his brain. Within five years, those images will be precise and perfect and he will be able to zoom in and out of his field of vision – and to capture and record downloadable images.

Further in the future, Richard is confident that we will be able to ‘download’ the ability to play musical instruments, to speak languages - and that we will even develop technology to supplement our memories.

Brain chips will work prosthetic limbs and by 2035 we should be able to use technology to intervene in brain function to cure conditions such as epilepsy and Parkinson’s Disease. Richard proposed that by then, every child could have a brain-chip implanted as a natural matter of course.

These changes may seem mind-boggling but they are simply logical extrapolations from what is already being done. Take digital 3D printing for example: In China, bicycles are being downloaded and printed. A fully-functioning, carbon-neutral eco-house has already been printed at a unit cost of just $2,000; and self-driving, solar-powered, downloadable cars are also already in development.

The future for business

When Gary Kasparov, the world’s greatest chess player at the time, was first beaten by Artificial Intelligence, he recognised the power of technology and said, “we need to dance the tango with technology”. It’s clear that not only individuals, but also organisations will need to develop a similarly enlightened attitude.

The future is coming and as we face for example, digital mechanisation, we need to think not only about what that means for us today - but also what choices and opportunities it could give us for the future. In Richard’s words:

Currently many companies resist technology – and this is unsurprising as people neither like change, nor are they made for it.

Which is precisely why companies need to embrace disruption.

Richard proposes that every company should have a ‘Board of Disruption’ and a CDO, a Chief Disruption Officer - to help ensure that they are ready for change.

To fulfill our future potential, we need to prepare our future workers for the world that they will inherit. To truly embrace the future we need to teach skills like passion and curiosity because Darwin shows us that it is not strength or intelligence that leads to successful survival – it is adaptability.

As Andy Groove, founder of Intel says, “Only the paranoid survive.”

The young are the future

To positively embrace the changes that are coming we need to involve young people in our organisations now - to help foresee what is coming; Richard believes that every CEO should employ a 25-year-old consultant to work with them.

Importantly, business leaders need to recognise, as many of the most successful already do, that positive change can deliver positive results: for example, global surveys show that those businesses which embrace inclusivity and offer equality of male and female employees are the most profitable. Perhaps the same will be true of age equality in the future?

We need to move beyond traditional management approaches to embrace new concepts such as ‘Servant Leadership’ where the traditional hierarchy of business is inverted so that the model looks more like this:

Doing away with fear and saying 'yes'

As change becomes the norm and moves forward at exponential rates, we need to be prepared.  Richard pointed to examples of companies that are learning to be open to new ideas.  Proctor &Gamble has created ‘Heroic Failure Awards’, which celebrate those ideas that were not successful but that showed a new way forward.

Amazon now supports new thinking with its Institutional ‘YES’ approach.  Leaders who say ‘NO’ to an initiative are required to produce a 2-page document explaining the decision, which is published throughout the organisation.

In conclusion, Richard made a rallying cry to dramatically alter the statistical response to change, which is currently:

In fact, we all need to be much readier to ‘Bring it on!’ 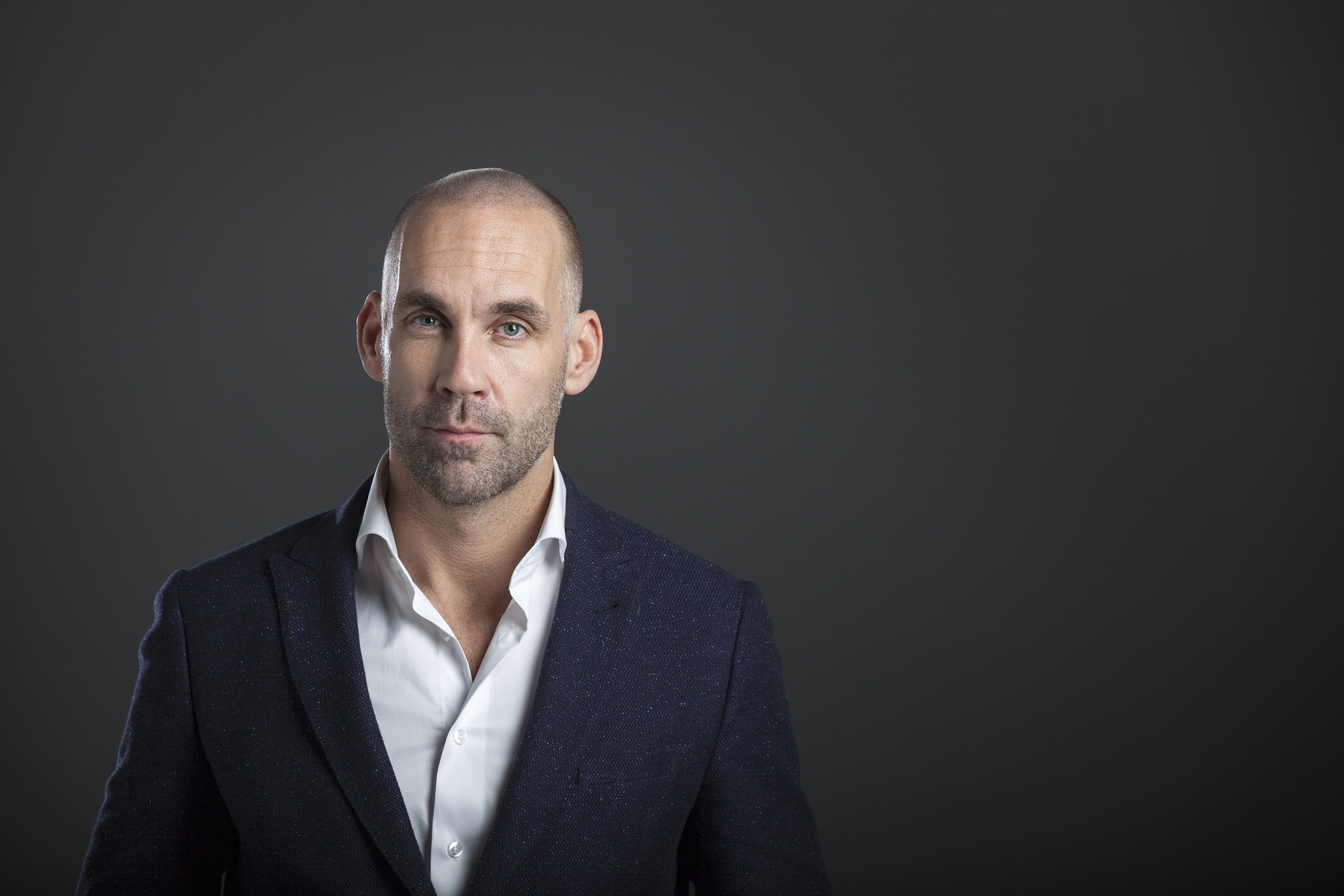 Why thinking about the future is critical today?

Continuing success into the future will require that companies become equally adept at evolving the people side of the business as well as their operations. For this to happen we need to become ever more open to - and confident in – our thinking about and planning for the future.

Tod Norman was the perfect example of a people-focused, forward thinking individual, which is why Royal Mail Marketreach – along with his friends and family - created this event in tribute to him.

We hope to announce further, equally stimulating ‘Tod Talks’ in the future.